Are all of you noticing the number of ‘detours’ coming from the White House the last few days? The focus on Occupy Wall Street, talking to students and teachers, faux support of the hard-working truckers and the middle-class, the no-way-in-hell-he-can-get-it-passed American Jobs act, etc., etc. This is a carefully orchestrated attempt to distract us from the real problem: that unemployment is still abysmal and no one is finding work. When is he going to do anything to help this situation? No talk about relaxing the stranglehold he has on the oil industry. No discussion about cutting the corporate tax to encourage corporations to return home to manufacture their goods on American soil. No way he will stop this ridiculous gibberish about renewable energy and promote coal, shale, and nuclear energy development. He has no intention of creating more jobs by using the resources we have within our own borders. And do you know why not? Because it would return the United States to its prominent position as the world’s leading Super Power and THAT is not a part of his plan. He is standing in the way of our recovery and for that, he should be ashamed. He must be defeated in 2012 or our children are going to have a hell of a time living, working, and succeeding in this land of prosperity.

Unhappy members of the Congressional Black Caucus “probably would be marching on the White House” if Obama were not president, according to CBC Chairman Rep. Emanuel Cleaver (D-Mo.). “If [former President] Bill Clinton had been in the White House and had failed to address this problem, we probably would be marching on the White House,” Cleaver told “The Miami Herald” in comments published Sunday. “There is a less-volatile reaction in the CBC because nobody wants to do anything that would empower the people who hate the president.” CBC members have expressed concern in recent months as the unemployment rate has continued to rise amongst African-Americans, pushing for Obama to do more to address the needs of vulnerable communities. (The Hill) 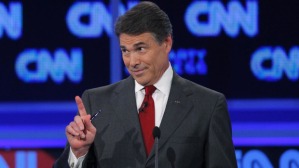 I am loving me some Rick Perry, but as an untrained professional debate watcher, I have a bit of advice:

Do SOMETHING about those ‘in between’ moments when you think you are not in the camera shot!  You showed more smirks, sighs, snores, and eyebrow raises than Larry King with a belly full of gas.

Now we all know this was a CNN production and the producer and director(s) were doing their best to make you look like a goofy cowman from that backward state down south, but you did your part to make their job so easy! I suspect some of these ‘faces’ are your way of concentrating or filtering information – and the other candidates were out for blood last night. But Gov Rick: you’re in the shot and they are going to keep you there. Look interested, smile more, grimace when something uncomfortable is mentioned by one of the other candidates, and do more to stay in the conversation even when you’re not speaking. Everyone is gunning for you, Governor! Stay a step ahead but most importantly, stay AWAKE! 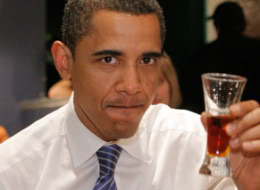 Bruce Meyer, a public policy professor at the University of Chicago, cautioned that the worst may yet to come in poverty levels, citing in part continued rising demand for food stamps this year as well as “staggeringly high” numbers in those unemployed for more than 26 weeks. He noted that more than 6 million people now represent the so-called long-term unemployed, who are more likely to fall into poverty, accounting for than two out of five currently out of work.

Is this also George Bush’s fault? This president is a failure. He can’t even help the people he says he wants to the most. Maybe, just maybe, he doesn’t really care about anyone except himself. What an embarrassment and a disappointment he is to all of us.

2. Obamacare Individual Mandate Excise Tax (takes effect in Jan 2014): Starting in 2014, anyone not buying “qualifying” health insurance must pay an income surtax according to the higher of the following… 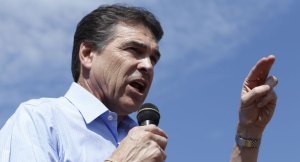 Texas Governor Rick Perry, the new face in the race for the 2012 Republican presidential nomination, has jumped to a double-digit lead over Mitt Romney and Michele Bachmann with the other announced candidates trailing even further behind.

The latest Rasmussen Reports national telephone survey of Likely Republican Primary voters, taken Monday night, finds Perry with 29% support. Romney, the former Massachusetts governor who ran unsuccessfully for the GOP presidential nomination in 2008, earns 18% of the vote, while Bachmann, the Minnesota congresswoman who won the high-profile Ames Straw Poll in Iowa on Saturday, picks up 13%.

Texas Congressman Ron Paul, who was a close second to Bachmann on Saturday, has the support of nine percent (9%) of Likely Primary Voters, followed by Georgia businessman Herman Cain at six percent (6%) and former House Speaker Newt Gingrich with five percent (5%). Rick Santorum, former U.S. senator from Pennsylvania, and ex-Utah Governor Jon Huntsman each get one percent (1%) support.

…and it’s costing taxpayers more money we don’t have!

White House press secretary Jay Carney said it was ridiculous to suggest that “anytime the president leaves Washington, it’s campaigning,” and that Obama was “doing what presidents do, going out into the country.”

How stupid does the White House think we really are? I guess there are many, many, MANY people that believe this garbage and take it at face value. Did you see the supporters in the crowd  as Obama worked the greeting line in Iowa yesterday? They were actually saying encouraging words like “go get ’em, Mr. President” and “stay with it, stay with it…” What are these people seeing that I’m not.

You have to give this man some credit for working the media the way he does. I know people who actually receive the majority of their news from Oprah, the View, and the Joyce Behar show. Think about that for a minute. When did we stop watching TV talk shows for entertainment? Carson used to touch on some of  the day’s news in his monologue; Leno and Letterman still do. But does anyone take this kind of material to be accurate and informative? Yes, unfortunately, they do. Oprah is great for selling books and diet schemes. But Obama knows many of his viewers are constantly plugged into the tube and he uses this medium to help get his message out. It still continues to amaze me. Another example of the line between make-believe and reality becoming more blurred and how those in power use it to their advantage.

Shot of the Day 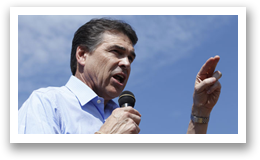